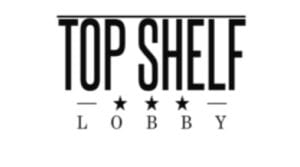 The 2021 General Assembly got off to a quick and active start last week, as the House and Senate both convened their chambers and members began introducing legislation. This being the second legislative session during the pandemic, visitors are not allowed in the Capitol or Annex, and legislators are wearing face masks and doing their best to socially distance themselves to limit the spread of COVID-19.

In addition to working on budgets, the House and Senate sought to pass a number of bills to curb the Governor’s power during an emergency. In all, by the time they adjourned on Wednesday evening, they sent seven bills to the Governor’s desk to be signed, vetoed or allowed to become law. Many of the bills impact the powers of the Governor’s office, and Governor Beshear is expected to veto them. But when the General Assembly comes back on February 2nd, the Republican super-majorities in both chambers will be able to override any vetoes they disagree with.

The Executive branch budget bill, the Transportation cabinet funding bill, and the Legislature and Judiciary budget bills have all made it to the Conference Committee part of the process. During the break beginning Thursday, January 14th, the Leadership and A&R chairs in both chambers can negotiate their way to a compromise on each of the four budget bills and bring them back for a vote before the full House and Senate in February.

In addition to all the legislation being filed, there were two petitions filed for impeachment: one against the sitting Governor and another against a sitting legislator. The petition to impeach the Governor led the Speaker of the House to set up a Committee to hear the petition.

The full calendar for the rest of the 2021 session isn’t currently available, but the General Assembly is set to come back for the remainder of the session on Tuesday, February 2nd. Top Shelf will continue to keep you up to date on everything coming out of Frankfort.

SB 1 – Senate Bill 1 limits the effective timeline for Executive Orders that shut down businesses, schools, etc., to 30 days, unless extended by the General Assembly.

SB 2 – Senate Bill 2, another priority of the Senate Republicans, gives the legislature more say in the process of approving administrative regulations.

SB 9 – Senate Bill 9 is the ‘born alive’ bill, passed both the House and Senate and is waiting for action by the Governor.

HB 1 – House Bill 1 passed the General Assembly and is on the Governor’s desk. The bill would allow any business, local government, or school to open and operate under a plan that meets or exceeds applicable guidelines from the Centers for Disease Control and Prevention or executive branch guidance – whichever was less restrictive.

HB 3 – House Bill 3 seeks to make changes to how lawsuits against the state are handled. Currently, those cases end up in Franklin Circuit Court, but HB 3 would broaden that process and allow cases to be heard in the venue where they were filed.

Rep. John Blanton, R-Salyersville, had prefiled legislation that receive a lot of negative feedback. Remember, that’s the legislation that taken at face value means no person could publicize the governor’s name because the bill prohibited using the first and last name of any attorney general, attorney or judge, among other job titles.

Blanton did withdraw the bill during the first week but reached out to KPA to help with language that would address his intentions. KPA representatives met via Zoom with Rep. Blanton on Thursday and KPA is working on language that would do that or would be acceptable to KPA.

HB 6 — Amend KRS 6.900 to define “person”; amend KRS 6.905 to change the name of the Legislative Program Review and Investigations Committee to the Legislative Oversight and Investigations Committee; require the President of the Senate and the Speaker of the House to appoint a co-chair and vice chairs from their respective bodies and make provisions for appointment of a subcommittee; amend KRS 6.910 to set forth the purpose of the committee; provide that information and working papers of the committee are exempt from open records; allow the committee to study a matter without regard to jurisdiction of another statutory or standing committee; and provide for issuance of subpoenas; amend KRS 6.930 to allow the committee to report any matter under its study to law enforcement, the Auditor of Public Accounts, or any other state official having jurisdiction over the matter under investigation and require a report; create a new section of KRS 6.900 to 6.935 to establish a penalty not to exceed $100 per day and a maximum of $1,000 for any person who fails to comply with a subpoena issued by the committee; amend KRS 12.028 and KRS 620.055 to conform; EMERGENCY. House Bill 6 passed the House of Representatives this week and has been sent to the Senate. It has been assigned to the Senate State and Local Government Committee. KPA has asked the committee to allow a KPA representative to testify when it comes before the Senate.