Tricia Kelley joins KPA Board in KIPA Chair role; Board to meet in-person April 16 in Elizabethtown 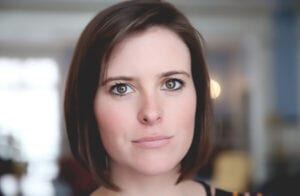 Tricia Kelley, advisor to the Eastern Progress at Eastern Kentucky University, has joined the KPA Board of Directors and will begin her term immediately. She replaces Stephanie Anderson, advisor to the Murray State News who has resigned from the position but will continue teaching journalism at MSU.

Three years ago, KPA took oversight of the Kentucky Intercollegiate Press Association and created a voting position on the KPA Board for the chairman of KIPA. Stephanie Anderson had filled that role the last 18 months.

Along with the KIPA chairman serving on the Board, Kentucky journalism programs in higher education are well represented. Two Journalism Education Representatives seats were created numerous years ago to give those publications input into KPA discussions. Current JE representatives are Michele Day, Northern Kentucky University, and Stan McKinney, Campbellsville University.

KPA appreciates the involvement and support Stephanie has given us in her term, just as we appreciate the support and involvement of all student publications at Kentucky colleges and universities.

Board meeting in-person April 16 in Etown

For the first time since January 2020, the Kentucky Press Association/Kentucky Press Service Board of Directors will be meeting in-person!

Because of COVID-19, Board meetings since have been mostly by Zoom. A January 2021 Board meeting was hybrid, with some meeting in-person while a majority of the members Zoomed in to participate.