Trump could learn from Reagan letter to KPA

On a whim, back in late 1984, I sent a letter to President Ronald Reagan inviting him to speak at the 1985 KPA Winter Convention. Hey, it was my second convention as executive director and thought what the heck; give it a try.

Of course, President Reagan had some schedule conflicts and I heard from the White House that he would be unable to accept the invitation.

But a few days later, a letter arrived.

I found it recently when looking for some memorabilia as we prepare for the Sesquicentennial in 2019.

As I read the letter again, I thought how appropriate it would be if the sitting president would take a close read at the message in President Reagan’s letter.

The second paragraph says it all:

“…Among the rights our Constitution ensures, none is more important that the right to a free and independent press unencumbered by government control. America’s media provide an indispensable forum for the expression of views and the sharing of ideas on the great issues of our day, and you can be proud of your association’s contribution to the preservation of this essential freedom.”

President Trump, I believe you would agree that Ronald Reagan served this country well, sitting in the Oval Office that you occupy today. There is a lesson for you to learn in President Reagan’s words, “none is more important than the right to a free and independent press, unencumbered” regardless of your tirades. 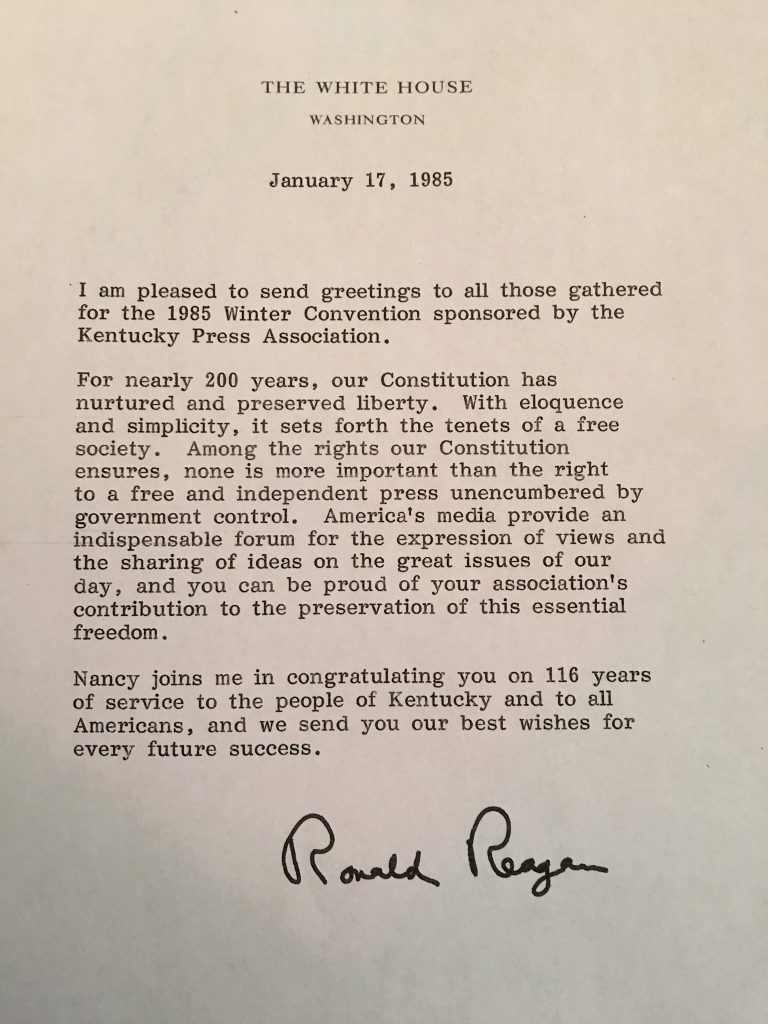