KPA is in the process of filling two Central Kentucky board seats, for Districts 13 and 14.

In District 13, we have sent a ballot to each of the eight newspaper publishers with a deadline for returning the ballot by Friday, June 7. Two have been nominated for the seat — Ben Carlson, of the Anderson News, and James Scogin, with the Georgetown News-Graphic. James is the son of GNG publisher Mike Scogin. 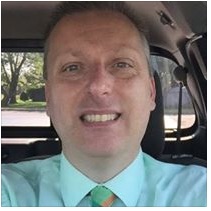 Keith Taylor, editor of the Berea Citizen who has won several KPA awards for sports reporting, was the sole nominee in District 14 and was elected to the seat based on no other nominations being received.

David Eldridge, who was publisher of the Richmond Register and represented District 14, left the newspaper two weeks ago, necessitating the Special Election. David is also a KPA Past President. Keith will serve the remainder of the term, through January 2022.