UK seeking best stories from 2017 for David Dick ‘What a Great Story!’ Award 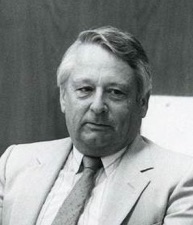 The School of Journalism and Media at the University of Kentucky is looking for the best stories published in the state in 2017.

The annual David Dick “What a Great Story!” Storytelling Awards honor the best in Kentucky storytelling — stories that enlighten and inform while capturing the attention of the audience. Storytellers can inspire a heart or break it. Entries may be hard news, features, advocacy journalism, personality profiles, columns and even obituaries. No matter the form, the story should be well-developed and free from errors, possess sound journalistic mechanics and exhibit high ethical standards.

The school established the David Dick “What a Great Story!” Storytelling Award to honor the memory of David Dick, professor emeritus and former director of the school, who died in July 2010.

Two awards are given: One recognizes a UK student journalist and the other a professional journalist working in Kentucky. The winners will be recognized at the annual Creason Lecture April 19 and will receive a cash reward.

Work published during 2017 is eligible.  Entries for the award will be accepted through the end of Wednesday, Feb. 28, at this web address:  https://ci.uky.edu/jat/webforms/david-dick-storytelling-award

The 2017 David Dick award was won by journalism senior Derek Terry, now a reporter for CatsPause.com.

Dick, an award-winning broadcaster for CBS for 19 years, was a champion of great journalistic storytelling. He was inducted into the Kentucky Journalism Hall of Fame in 1987 and the University of Kentucky Hall of Distinguished Alumni in 2000. He earned both his undergraduate and master’s degree at UK. After retiring from CBS, he taught in the school before becoming its director from 1987 until 1993.