UL’s ‘The Cardinal’ student paper to continue, for now, thanks to late ad buy by interim president 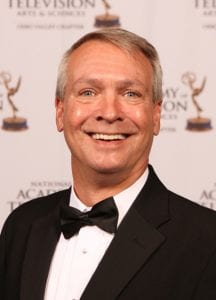 Ralph Merkel, The Cardinal advisor, has reason to smile now

University of Louisville’s independent student newspaper will not fold, thanks to a last-minute advertising purchase by the school’s interim president, Greg Postel.

The Louisville Cardinal faced extinction in September 2017 when university officials told the student journalism staff the school would cease funding for the newspaper by the end of the 2018 spring semester.

Louisville would have been the only school in the Atlantic Coast Conference without a student newspaper. But Postel pledged $25,000 in advertising from the university’s budget on Tuesday for the newspaper’s survival.

“The Cardinal provides an important educational opportunity for many of our students, and it is an important source of information for our campus community. I am pleased that, despite a tight budget, I am able to continue to support its mission,” Postel told the Cardinal.

Since becoming an independent newspaper in the 1970s, the Cardinal received anywhere from $40,000 to $60,000 from the president’s and provost’s office for advertising. Whatever wasn’t spent on advertising was kept by the paper and factored into its operating budget.

In 2017, the university faced a $48-million budget shortfall.

As a result, the university decreased its funding commitment by $20,000. At the end of the 2018 spring semester, that number would have dropped to $0.

Jenni Laidman, chair of the Louisville Cardinal board of directors, said the $25,000 ad buy means the program can breathe a sigh of relief.

“Naturally, I’m delighted the university was able to come up with additional funding, which keeps us on our feet another year,” Laidman said in an email. “But make no mistake, we are still operating on a knife-edge. We’re beyond a no-frills budget — it’s more like life support. But the university’s decision to give us this $25,000 is a stay of execution — and one we really needed.”

When news came in September that the university would cut the Cardinal’s funding, past alumni members and journalists voiced outrage. As a result, the Cardinal set-up a GoFundMe campaign to raise $5,000. The staff hit that goal in 10 days. Since then, the total amount they’ve raised is $5665, according to the Cardinal.

“If our student journalists are going to get the on-the-job training a school newspaper can give, and if our campus is going to receive the kind of coverage only a student newspaper can provide, we need to have deeper pockets,” Laidman said. “It’s just that simple.”