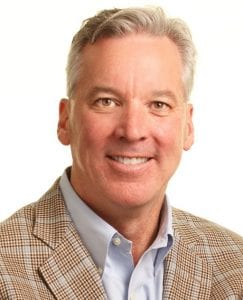 Proposed changes to an advertising requirement for employers in the U.S. could mean that soon, many eligible American workers will not learn about available job opportunities in the U.S. before they are offered to non-resident, foreign workers instead.

The U.S. Department of Homeland Security (DHS) and the U.S. Department of Labor (DOL) are proposing to eliminate the requirement that employers inform U.S. workers of available job opportunities through publishing job listings in the local print newspaper. Instead, they are proposing to allow employers to simply place an ad on a website that is “widely available.” While this solution may seem acceptable, it will practically guarantee that fewer eligible U.S. workers will know about job opportunities.

U.S. employers are required to make every possible attempt to hire U.S. workers before turning to non-immigrant, foreign workers, who can be granted visas to work in our country (In early April, the DHS and the DOL announced they would issue up to 30,000 H-2B visas through the end of the government’s fiscal year – this is in addition to the 66,000 visas that are already granted each year). Under the current policy, which has been in place since the 1980s, employers must place two advertisements in Sunday newspapers in the local market in which the job opening is available. Now, that could change. Last fall, both the DHS and DOL set forth proposals that would weaken this long-standing policy.

While an online ad may seem to offer the most reach, there are two critical reasons a website placement requirement alone would fail to reach many local U.S. residents:

Not only is the current requirement to post employment listings in the print newspaper good for the U.S. worker, it is good for the employer who wants to legally hire a foreign citizen. In any job market, employers are expected by the government — and their U.S. customer base — to prioritize promotion of available positions to the U.S. worker. The local newspaper offers a trusted, verifiable means of doing so, as well as the supporting documentation to prove that the employer complied with the law.

Fortunately, it is not too late for the Trump Administration to protect the U.S. worker. Instead of eliminating the print ad requirement, DHS and DOL should simply require employers to use both print and digital ads for letting U.S. workers know of available job opportunities. This is one of those situations where more is more – and good government policy.