UofL’s The Cardinal gets $15K from Yarmuth, Barzun 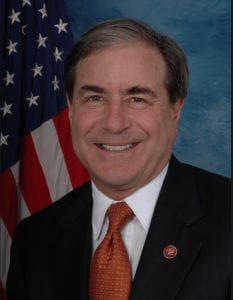 Yarmuth, who founded LEO Weekly, committed $10,000 in matching funds, according to a news release Tuesday from The Cardinal. And Barzun, who recently arranged to buy Louisville Magazine and Louisville.com, matched half of Yarmuth’s contribution with a $5,000 donation he and his wife, Brooke Barzun, pledged to The Cardinal.

“I relied on writers trained at The Cardinal when I was editing LEO, so I understand the value of Cardinal alumni to local journalism,” Yarmuth, a Louisville Democrat, said in a statement. “I’ve long been proud of the work of this newspaper and look forward to its continued presence in our community, helping to prepare the journalists of tomorrow.”

Barzun’s ties to journalism extend beyond Louisville Magazine. He used to be an executive at CNET Networks, a technology review site, and also was on Gannett’s board of directors. (The Courier Journal is a member of Gannett’s USA TODAY Network.) Barzun, who previously was an ambassador to the United Kingdom and Sweden, also emphasized the importance of The Cardinal in a statement Tuesday. 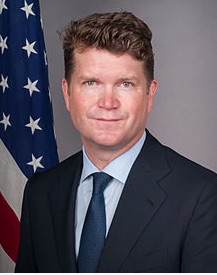 “The Cardinal gives students the voice they deserve along with the responsibility that journalism demands,” Barzun said. “And even more than that, it adds voices to the Louisville media ecosystem that we don’t hear from often enough.”

These donations are part of an initiative that aims to raise $100,000 over the coming year to support The Cardinal’s operations and replenish its reserves, which were depleted as U of L slashed its financial support for the student newspaper, according to Tuesday’s news release. (The university itself has been grappling with repeated budget cuts from the state government in recent years.) “We will be reaching out to other generous donors like Congressman Yarmuth and Matthew and Brooke Barzun,” Jenni Laidman, chair of The Cardinal’s board of directors, said in a statement. “But we need everyone’s support. Every dollar will provide a place where student journalists can learn important skills that will last a lifetime.”