Tonda Rush is the director of public policy and serves as general counsel to the National Newspaper Association. Email her at tonda@nna.org. 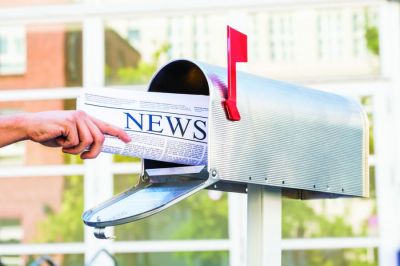 NNA President Matt Adelman, publisher of the Douglas (Wyoming) Budget, sent a letter to new Postmaster General Louis DeJoy questioning the experiment after learning from publishers around the country that some letter carriers were told not to deliver newspapers in traditional patterns.

The ESAS policy requires carriers to go directly onto their routes rather than sorting mail in the mornings. Some mail that is already in the post offices, such as delivery-sequenced letters coming from central processing plants and parcels, is set for the morning route. But most carrier-route flat mail would be left for afternoon sorting, to go out the following day.

Shortly after USPS notified the National Association of Letter Carriers that the experiment would begin July 25, publishers began to learn from postmasters that newspapers entered overnight or early in the morning would be held for the afternoon sorting. That meant a newspaper bundle dropped on Thursday night would be delivered not Friday, but Saturday. The policy was presumed to be directed at city letter carriers’ routes, where the use of overtime to complete deliveries as USPS package volume has surged, has been a concern for USPS management.

Adelman said in a letter to the Postmaster General:

“A number of our members are being told by postmasters that newspaper delivery will be delayed by one day in the targeted offices. If that is true, this experiment is going to create serious and irreparable difficulties for newspapers that need to get information into the hands of their readers on a timely basis.

“Specifically, we request your assurance that overnight-entered newspapers entered at post offices (including associate offices) and all bundles entered in the previous day will be included in the morning dispatch. These mail pieces are already in walk-sequence.

“As you may know, Within-County newspaper mail is already more than 75% carrier-route sorted, and most of this mail is entered directly at local post offices. Publishers are doing their best to assist USPS in cost controls.

Members of Congress also began to express alarm at the new policy, but DeJoy did not respond immediately. NNA’s Washington Office said it had been told that at least one publisher had been assured the newspaper would be on the same-day schedule, but without confirmation of the policy or the rollback, it was uncertain how newspapers would be affected over the next few weeks.