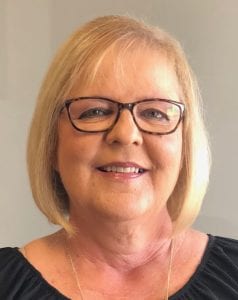 Venita Fritz has been named general manager of the Eddyville Herald Ledger and the Princeton Times Leader.

A nearly 20-year veteran of Paxton Media Group, Fritz has served in various roles at both the Paducah Sun and the Tribune-Courier in Benton.

She first joined the organization in 2000 as a sales representative handling major and national accounts at the Paducah Sun, then later was promoted to the position of advertising manager.

In 2007, she became general manager at the Tribune Courier. She will continue to manage the weekly newspaper in Benton, while overseeing the papers in Eddyville and Princeton.

Fritz has dedicated much of her career to community journalism and believes local newspapers have never been more important than now in keeping citizens informed of important issues and events which impact their lives.

Matt Jones, general manager of The Paducah Sun, said Fritz’s experience with community journalism will be an asset to the employees and the readers of The Herald Ledger and The Times Leader.