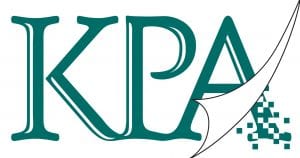 At its January meeting, the KPA Board of Directors approved a committee’s proposal to allow Online Publications/Newspapers full membership in the Kentucky Press Association. For several years, those online publications had been considered “Associate Members” of KPA, having rights to many of the services and benefits offered by the organization. The exceptions were voting privileges and entering the contests. The Board approval of the proposal was just one step in making this happen.

Since it involves a Bylaws change, the members must vote on the proposal and a letter was mailed Thursday to the publisher of each current full member newspaper — those with a Periodical Class Mailing Permit. The letter (also reprinted below) explains the background and includes a copy of the changes proposed in Sections 4.2 and 4.3 of the Bylaws concerning full member status.

If approved by the membership, KPA will not be unique in allowing Online Publications/Newspapers as full members. While some have followed KPA and allowed them restrictive membership, several others have moved forward to allow for full member status. And other press associations have similar proposals before their boards and memberships.

Also if approved, KPA plans to establish a division just for Online Publications/Newspapers, like was done with the Kentucky Intercollegiate Press Association when student publications joined KPA. The chairman of the division would be given a voting position on the KPA Board and the division would establish its own rules and categories for the KPA Advertising and KPA News contests. Those publications would compete among themselves.

The information mailed to the publishers/GMs included a copy of the revised Bylaws as proposed by the committee and approved by the Board and a ballot to vote For, Against, Abstain on the recommendation.

The deadline for voting is March 5 so we’ll know the results by March 6. Those individuals listed as publisher of more than one newspaper received the letter, amendment and ballot and are to list each member newspaper their vote includes.

This letter, personally addressed to the publisher of current full member newspapers, was mailed Thursday.

The Kentucky Press Association is in need of your attention and ultimately your vote on a business matter. It involves a major change in the KPA Bylaws. And such a change can only take place with a vote of the membership. Bylaws stipulate that each newspaper/each publisher of those are entitled to one vote per member newspaper. That is why you are receiving this letter and ballot.

At the 2019 KPA Fall Board Retreat, a discussion ensued on Online Publications. We have allowed Online Publications to be Associate Members of KPA for the last seven or eight years. Those publications are given most of the rights to be a member of KPA, except for voting privileges. That right is reserved solely to full members which are publications with a Periodicals Class Mailing Permit.

Since we already recognize them as Associate Members, can sell advertising for them through the Kentucky Press Service, allow them to use the KPA Freedom of Information Hotline, participate in the Kentucky Press News Service and publish Statewide Classifieds, the only two areas not included for them are entering the KPA contests and voting on KPA matters. I would imagine a division solely for Online Publications/Newspapers would be established for the contests.

The only changes involved to allow Online Publications to full member status are in Section 4.2 and Section 4.3 of the KPA Bylaws and the changes are enclosed. The changes are noted with Bold, Underlined, Italic type. Where present wording is being deleted to accommodate this change, the wording is shown with strike-thru. These are the only changes being made in the current Bylaws.

A ballot is enclosed. Please indicate your vote by marking the appropriate response. Sign the form and return it to KPA by mail to Kentucky Press Association Ballot, 101 Consumer Lane, Frankfort, KY 40601; scan and email to me at dthompson@kypress.com; or send by fax to 502-226-3867.

If you are publisher of more than one voting member newspaper, please list those newspapers you are voting on behalf of in the space allocated.

The deadline to return your ballot is Thursday, March 5, 2020.

If you have questions concerning this change, please give me a call at 502-223-8821, or email me at dthompson@kypress.com.