Voting from their cars! Legislature suspends the rules but takes action on bills from a distance 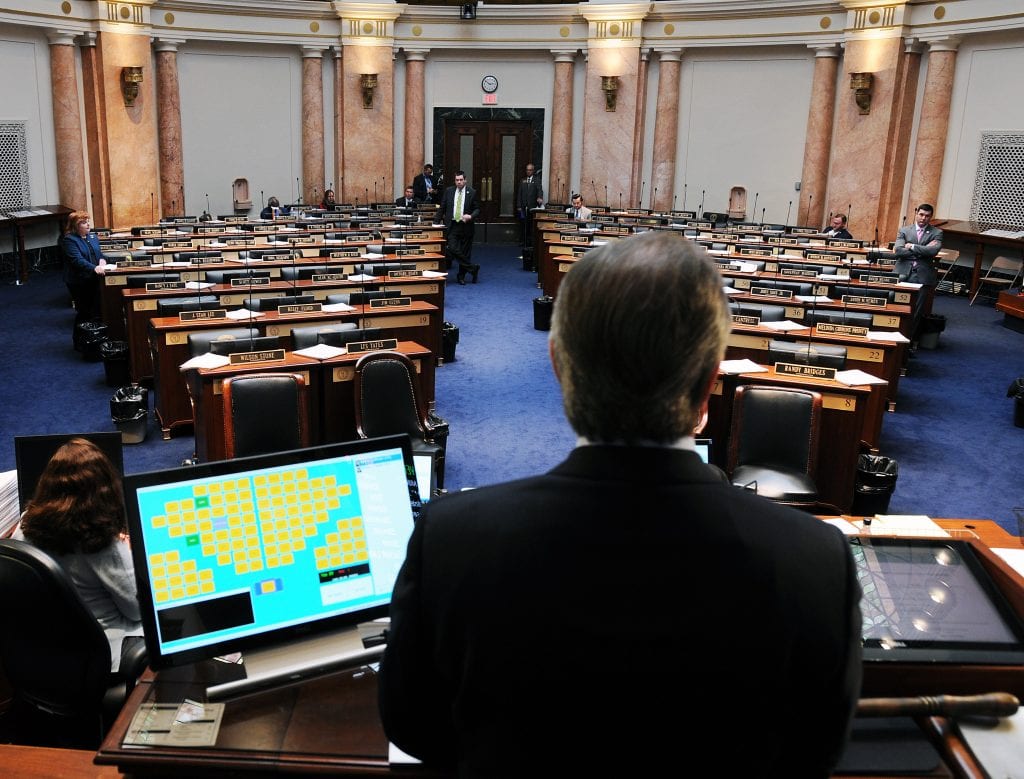 FRANKFORT, April 1 — House Speaker David Osborne, R-Prospect, (center, foreground) oversees discussion of House Bill 352, the state budget, as amended by a conference committee. House members watched the day’s proceedings from outside of the chamber and communicated their questions, comments, and votes through House Leadership who remained on the floor. Photo courtesy of the Legislative Research Commission.

Sparse numbers in the chambers, legislators sitting outside in their vehicles, others finding a quiet place in their office to monitor what was going on on the third floor of the Capitol. That’s where the House and Senate gathers for its daily sessions. Only Wednesday’s sessions were no April Fool’s. Concerned about the coronavirus pandemic that’s sweeping the state, the House changed its rules Wednesday.

Using technology, that is livestreaming of the sessions and committee meetings, or using the local cable system to watch action provided by Kentucky Educational Television cameras, members used cell phones to watch the proceedings from their cars. Votes were allowed by paper ballots in the House, with leadership gathering the completed ballots from the ones assigned to them and then reading the ballot aloud in the chamber, with something like, “The lady from District 17 votes Yea.” Counts were kept as usual and then final vote tallies made once all votes had been counted.

Across the third floor, the Senate chambers had two committee meetings and its regular daily session. One committee meeting was held in an adjacent meeting room but the chamber became the location for at least two other committees as a way to keep traffic to a minimum and social distancing  under control. Several legislators wore masks throughout the day. When the full Senate was in session, members were located in different parts of the chamber so members were kept apart.