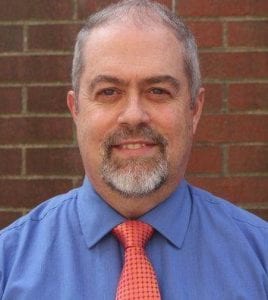 From the Corbin Times-Tribune

Mark Walker has been named general manager and advertising director for the London Sentinel-Echo and the Corbin Times-Tribune.

Walker replaces Dave Eldridge, who returns to full-time duty at the Richmond Register. According to Bill Hanson, publisher for the London and Corbin newspapers, this transition will make all three properties stronger.

“Mark will direct all of his attention to the Sentinel-Echo and the Times-Tribune where Dave had to split his time between three papers. All of the travel and bouncing from newspaper to newspaper wasn’t productive,” Hanson said.

Walker has extensive experience in print media and customer service as he worked 26 years for RR Donnelley and Sons which included 15 years as a customer service account manager. He moved to the newspaper business in 2014, working in circulation.

Walker has been responsible for the day-to-day circulation operations at newspapers in Somerset, Richmond, Corbin and London in his latest role as director of audience development with CNHI since 2017.

“Circulation has more moving parts than any department in the newspaper business,” Hanson said. “Mark has been able to handle those duties admirably in four markets. That work has prepared him well for his new role.

“Mark is a strategic thinker and that is important in our changing industry,” Hanson added. “With his knowledge of the industry and his drive to succeed, I am confident that our newspapers are in good hands.”

Walker has had an interest in the newspaper business since he was in high school in Glasgow, where he photographed sporting events for the Glasgow Daily Times and his high school yearbook.