From the Mayfield Messenger 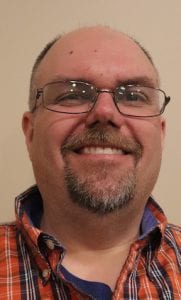 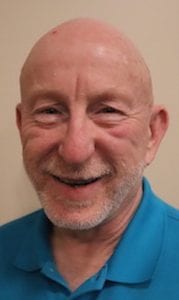 A familiar face will soon lead the news operations for The Mayfield Messenger and mayfield­messenger.com. Eric Walker has been named news editor and will oversee the newsroom functions beginning July 1.

Current Editor Tom Berry will retire from the newspaper on June 30. A reception to honor Berry is planned for Wednesday, June 26, from 3­ to 5 p.m. at The Mayfield Messenger office, 111 S. Seventh St.

“Eric will make a great news editor for The Mayfield Messenger,” said Berry. “He’s very experienced in news, as well as sports, and will do an excellent job. Personally, I don’t think the newspaper could have picked anyone better for the position. It’s just another reason local residents should seriously consider looking to The Mayfield Messenger as their No. 1 source for local news and sports.”

He is no stranger to the news editor position. Walker was managing editor at the Murray Ledger and Times from 2001 to 2008 overseeing a staff of reporters and photographers and placing an emphasis on community journalism.

“When I started at The Mayfield Messenger 27 years ago, my job was as the staff writer. Now to have this opportunity as news editor, I am very grateful,” said Walker. “Much of my time here has been covering sports, but I feel my work as sports editor has shown me what connects us here in Mayfield and Graves County,” he added. “So in this new role, I really want to bring that sense of what I saw from the sidelines to the front page, covering the day­-to-day news and stories ­ good and bad ­ but also highlighting the people and positives that make our community truly ‘our community.'”

He has bachelor of science in journalism from Murray State University and has won numerous awards from the Kentucky Press Association in multiple categories.