Want your newsroom to transform faster? Bring some college students in for a week 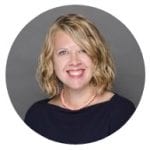 For the final week of their winter break, five students from the University of Missouri’s School of Journalism spent one week at rural newspapers around the state.

They brought with them lessons on how to build strategies for social media and how to amplify work in a way that doesn’t add more work. And, in the third part of this series, you’ll see how two students in the Potter Digital Ambassador program worked with those newsrooms, often one-on-one, to show that adding video and being part of the conversation online helps that work have more impact.

The students, while there as teachers, learned a lot, too, about local news and the people who produce it.

“It’s very easy for journalists in larger cities or a part of more modern newsrooms to look down upon those who are in more rural settings, smaller newsrooms that are not so modern, and to say they don’t know what they’re doing,” said MU senior Travis Meier. “I think that’s a mistake. A lot of these newsrooms are doing good reporting and they’ve been doing good reporting for years and years and years. What they do works.”

But they can do more, he said, to meet the demands of their changing audiences. That’s what he and MU grad student Gary Garrison found when they visited Washington and Perryville, Missouri.

Read all about it by clicking here