The Kentucky Press Association Board of Directors will  meet Friday, July 16 at Campbellsville University and will hear from the KPA News and Ad divisions of a needed change in both contests.

Because of a low number of daily newspapers now, after several moved to two or three issues per week putting them in the multi-weekly category, there will be two Daily divisions in both contests. The proposed break will be DAILY 1 –Up to 10,000 paid circulation and DAILY 2 — Paid circulation of 10,001 and Above.

Multi-Weekly — published two or three times per week — gained eight newspapers in the last year as those newspapers changed from four or more times per week publication. The Student Publication divisions will remain at  STUDENT PUBLICATION 1 — Up to 10,000 main campus enrollment; and STUDENT PUBLICATION 2 — 10,001 and Above main campus enrollment. However, in the ad contest, based on previous years, there could be only one Student Publication class if participation remains low.

There is no change in the Associate Member Newspapers division.

KPA reserves the right to adjust Class circulations depending on the number of newspapers entering a specific. 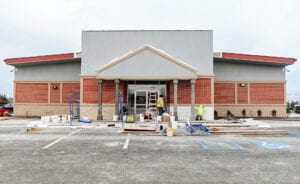 The Board meeting will be in Campbellsville University’s brand new Mass Communication Center.