What Happens When Weekly Newspapers Disappear?

No one at city council and school board meetings, politicians rarely held accountable—and fewer stories for farmers to read and decide whether they need to get mad 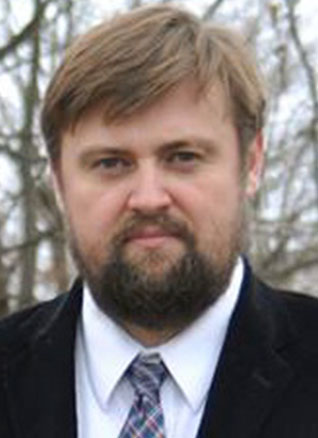 As editor and publisher of the Todd County Standard, a weekly in Elkton, Kentucky, I once ran a story that asked farmers to attend a very important meeting on agricultural zoning. The future of farming in the small county in Kentucky where I own and edit the newspaper could be changed at this meeting.The crowd at the event was sparse, so the next morning at the local greasy spoon, I rage-walked to the liars’ table, full of farmers, and asked why in the hell they didn’t come to the meeting? Didn’t they know how important it was?

One of the farmers stopped eating his eggs, looked up and said, “We didn’t go because you said in your story that you’d be there. I had things to do, and I’ll read what you’ll write in the paper and decide if I need to be mad or not.”

Years later at a journalist panel on the rise of fake news, I pointed out that for all the public distrust of the media—mainstream, liberal, conservative, etc.—local media seemed thus far spared, especially the weekly newspaper.

My theory, which came from the hard lesson that farmer gave me and from years of covering pretty much everything in a small place, is when people can see you at the fiscal meeting, the city council meeting, the school board meeting and a slew of school events, picnics, and even a couple greased pig contests, it builds trust in you and your reporting.

Many times I sat in my office or in a living room with worried or crying people who needed the help of the local newspaper, or with the nurse and social worker who risked their careers to give me a tip about how the state social services failed a little girl by leaving her in a home where she was murdered.

That doesn’t necessarily translate to regional, state, or national media, at least not since social media diluted pretty much everything once held dear about the gatekeepers.

Reporters are no longer able to cover everything and everywhere that matters, because they aren’t there, victims of corporate cuts, dividends, and the bottom line.

Yet until recently I was sure that weeklies, especially good ones, would survive the downturn of newspapers or would hold out a lot longer before the eventual transition to digital.

I was so sure of the fortitude of weeklies that I would encourage the students I advise at the University of Kentucky not to underestimate a career in local newspapers. One could do worse than being a crusading small-town editor.

Now, I tell my students to be diverse in their skill sets—good reporting and multimedia skills are welcome everywhere—and warn them to seek jobs at places, regardless of size, where they can practice good journalism in as stable a newsroom as possible.

I have started to believe that weeklies aren’t as safe as destinations as they once were, that there will sooner rather than later be a vacuum of local news in rural places across the country.

In Kentucky, there are 120 weeklies. A little less than half of them are not corporately owned. In many counties, mainly rural, the weeklies have started to struggle. The reasons vary, but almost all have seen a decline in retail and a loss of jobs, despite a robust national economy.

News is consumed differently, with more people using mobile devices as cellular service becomes more consistent in rural areas. Now people post photos on social media of events or games or the occasional wreck, and that is enough local news. The hard stuff—the budgets, tax rates and how government operates—doesn’t make it on social media much and many people are OK with that level of bubble-wrapped ignorance.

Advertising, once so abundant that people joked about it being a license to “print money,” has dried up as real estate, automobile and classifieds have migrated to the Internet and will not be returning.

Also, the decline of coal in communities in portions of western Kentucky and a large area of eastern Kentucky means a steep decline in the retail base. Many rural weeklies, especially those not in areas with tourism, may face ruin if they lose the local public notices, which seems closer to happening with each gathering of the state’s general assembly.

My reluctant prediction is that within five years most independent weeklies will close or merge, and most corporate-owned weeklies will merge or become a de facto bureau of a larger sister publication nearby, something that is already happening. (The Todd County Standard is up for sale.)

That could mean swaths of rural America with no local newspaper. That would mean no one at the meetings, politicians rarely held accountable, and fewer stories for farmers to read and decide if they need to get mad or not.

I hope I’m wrong. I really do.

The age of the weekly may be passing us by, and I hope what takes its place is as essential and trustworthy. But I fear that something like the weekly shall not pass this way again.

At a time of unprecedented polarization and partisanship, Nieman Reports is publishing a series of articles exploring how the crisis in local journalism is impacting communities in the run-up to the 2020 presidential election. Read all of the articles in the Election ’20: The Role of Local News series here.