Whatever the outcome, impeachment process would be a learning experience on government, politics, Constitution 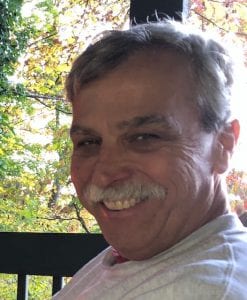 John Schaaf of Georgetown is a retired attorney, and he can be reached at John.Schaaf1975@gmail.com

The Georgetown News-Graphic recently polled its readers about the current impeachment process and found them evenly split in their support and opposition.

Regardless of opinions on impeachment, as the inquiry gets under way in the U.S. House of Representatives, we will learn important lessons about American government, politics, and the Constitution.

For the first time in U.S. history, an impeachment process will be bipartisan, in that each chamber of Congress is controlled by a different party.  In the impeachment cases of Presidents Andrew Johnson, Richard Nixon, and Bill Clinton, both houses of Congress were controlled by the President’s opposition party.

Even with those partisan divides, no U.S. President has been convicted by the Senate and removed from office.  Since removal of a President requires concurrence of two-thirds of the Senators, there must be agreement among Senators of both parties that the House has presented a compelling case for firing the President.

For over 100 years after the 1868 impeachment of President Johnson, the Congress avoided impeachment proceedings, and now that process has been initiated three times in the last 45 years.

Although the previous impeachments don’t offer perfect insight into this one, that history does suggest a couple of issues to watch in the coming days:

First, the President should cooperate with the House inquiry by releasing information and allowing Administration officials to testify.  By cooperating, he would force the Congress to keep a narrow focus on alleged wrongdoing, rather than impeaching him for obstruction of justice.

In the Nixon and Clinton impeachments, failing to cooperate with official inquiries led to articles of impeachment against those Presidents.  In both of those cases, the articles said the President had lied, tampered with witnesses, or withheld evidence from Congress or the courts.

As Sen. Howard Baker of Tennessee said after Nixon resigned: “It’s almost always the cover-up rather than the event that causes trouble.”

Second, the two chambers of Congress must develop very strong cases for whatever action their majorities decide to take.  If the House votes to impeach, it’s essential that they show a serious abuse of office has occurred, rather than a politically motivated attack.

Likewise, if the Senate votes to acquit the President, the Senators must persuade the public that their vote is based on a lack of compelling evidence of wrongdoing, rather than political considerations.

Many historians view Andrew Johnson’s impeachment as based on a political disagreement between the parties as to how to handle the post-Civil War Reconstruction in the South.

If the Senate had convicted Johnson because of political differences, they might have permanently weakened the office of the President and damaged the careful separation of powers and checks and balances created in the Constitution by the nation’s founders.

The same concerns are in play today:  If Congress is seen as acting solely out of political motives to impeach or acquit the President, the institutions of government will be weakened, and the nation will be damaged.

As this impeachment moves forward, let’s hope all members of Congress and the President treat this rarely used process with respect and dignity.

That’s certainly what was intended by James Madison, Ben Franklin, Alexander Hamilton, George Washington, and the other delegates who were in Philadelphia in 1787, and who included impeachment in Article I of the U.S. Constitution.

This article was also made available by the author to the Georgetown News-Graphic for publication.