When it comes to state government websites, Kentucky ranks mostly in the middle 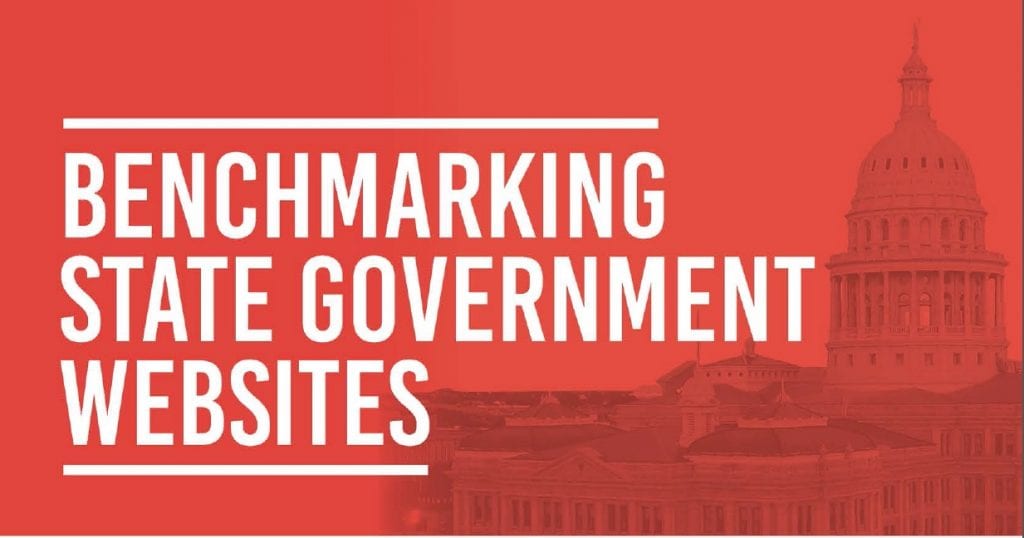 Here is a link to the full report — http://www.govtech.com/security/Report-Most-State-Websites-Need-Work.html

A detailed review of 400 state government websites found that nearly all of them are deficient in some foundational functionalities, including load speeds, mobile readiness, security and accessibility.

The review was conducted by the Information Technology and Innovation Foundation (ITIF), a nonprofit public policy think tank that is based in Washington, D.C. ITIF compiled the findings of the review into a reportdubbed Benchmarking State Government Websites, which the group recently released.

While performance, of course, varied from site to site — with some performing better than others — the overall determination was that government websites at the state level have quite a bit of room for improvement, said Daniel Castro, vice president of ITIF and the lead author of the report.

What was interesting in looking at this was just seeing that states are not doing too well across the board,” Castro said. “They all have some serious problems.”

For the page-load speed test, 77 percent of state government sites passed the desktop version while 50 percent passed the mobile load test. In terms of overall mobile readiness, only 67 percent passed, with the report citing a list of common problems that included content that’s not configured for mobile screens, or buttons and links that are too small. Security was similarly insufficient as was accessibility, which in this case means providing access to records as well as using larger text, having a contrast in colors and using alternative text to images, to maintain functionality for users with disabilities.

The report sought to evaluate a wide range of state sites, doing so by looking at eight agencies within each state. The authors of the report used past literature about the most-used government functionalities to narrow the report’s focus to sites related to drivers’ licenses, taxes, birth and death certificates, elections, business registrations, fishing and hunting licenses, and paying traffic tickets. The idea was to hone in on the items of businesses that users would go to first, evaluating these sites based on citizens’ earliest interactions with them.

Authors also offered a set of recommendations for how state policymakers can help with these issues, including mandating that government sites implement cybersecurity best practices; requiring government websites be mobile friendly; consolidating websites so that there’s a single digital face for government; and finding local partners who can help with accessibility.

Castro said part of the issue here is that state government sites have not traditionally had the same incentive to iron out digital hiccups as their counterparts in the private sector.

“In the private sector, companies care so much about this,” Castro said. “Target knows if their page takes three seconds to load, they’re going to lose buyers. If Walmart’s is faster, people are going to shop at Walmart instead of Target. State governments don’t have that same problem.”

State governments will obviously never be incentivized by the threat of competition and residents will always get their driver’s license or pay their taxes through the state and only through the state. The authors of the report, however, are hopeful that efforts like theirs can create a set of benchmarks for government technologists to strive toward.

While it’s easy to focus on the negative, Castro also pointed out that there are many states doing good work in some, if not all, of the areas the report considered. He pointed at Georgia as being especially focused on creating a better user experience, closer to that created by private companies like Amazon.

Indeed, the report found Georgia to be among the top 10 states for the metrics it scored, included with Virginia, Idaho, Massachusetts, Colorado, Missouri, Michigan, Arizona, Vermont and California.

(It is interesting to note that about the same time this report was released, it was also announced that Charles Grindle, the Chief Information Officer for Kentucky, is the highest paid state CIO in the country. He’s been in the job less than a year but got a $215,000 raise in August. He makes $375,000 a year and is a retired military officer.)

About the report: Because it is distributed by Government Technology magazine, (which all of the state info tech people read) it has a higher level of credibility than some other reports.

To highlight where Kentucky is, the tables in the link provided will show: