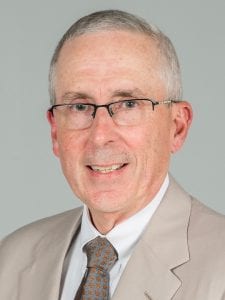 By Jim Paxton, The Paducah Sun

Last Thursday some 300 newspapers led by the Boston Globe published editorials chastising President Donald Trump’s attacks on media organizations as “enemies of the people.” We did not join in.

One reason is our aversion to “group think,” which replaces objectivity at too many media outlets these days. We’re wary of following the herd.

But we also think this national demonstration was hypocritical and tactically foolish. The newspapers involved have risen to the bait. Expect Trump to hammer them with it to the glee of his base in the days ahead.

Consider that the fundamental complaint here is the president is denigrating the integrity of news organizations. So just what kinds of things have these newspapers had to say about President Trump of late?

Here are a few that come to mind: The president is unfit for the office. He is a bigot. He is unhinged. He is mentally ill. He is an adulterer. He is a racist. He is a white supremacist. He is a misogynist. He is a narcissist. He is a pathological liar. He is a traitor.

We have written some of these things ourselves. The likes of the Boston Globe and its former owner, The New York Times (which also participated in the national tantrum) have expressed pretty much all of them.

It was once axiomatic in our industry that if one is to be in the criticism business one best be big enough to accept some criticism. This applies in spades when it comes to the interactions of today’s news organizations with Trump. Geez, grow a backbone.

But this is the president, some will argue. It is a threat to our democracy when the leader of the most powerful nation on Earth whips up resentment of the media.

Baloney. This is Trump, which means, unfortunately, that the presidency isn’t what it used to be.

Regular readers know that while we sometimes agree with Trump policywise, we have not supported him personally. To this day, we would prefer to have someone else as president.

But the First Amendment protects him, too. He is free to castigate the media to his heart’s content. Harsh criticism of the harshest of critics is a far cry from sending troops to occupy newsrooms, even if some of our colleagues would have you believe otherwise.

We have been in the newspaper business for generations. We have over that time been accused of all manner of dishonesty, bias and corruption by people of every political persuasion. We chalk it up to what’s known in the profession as killing the messenger. It simply goes with the territory.

We have survived such outbursts for more than 122 years now. We have done so by simply keeping our heads down and doing the best we can to present the unvarnished truth. Most readers recognize this, much as they recognize that we are not perfect. We get criticized. Sometimes we earn it.

This is why we believe our colleagues erred last week when they took offense on a national scale. They created a professional echo chamber and little more. Here in the real world it is just more blood in the water for Trump and his base. It encourages more of the same.

This has always been a business in which one takes his or her lumps and moves on. Looks like there are 300 newspapers out there that would do well to remember that.