With storms all around, ideas for disaster coverage, disaster planning 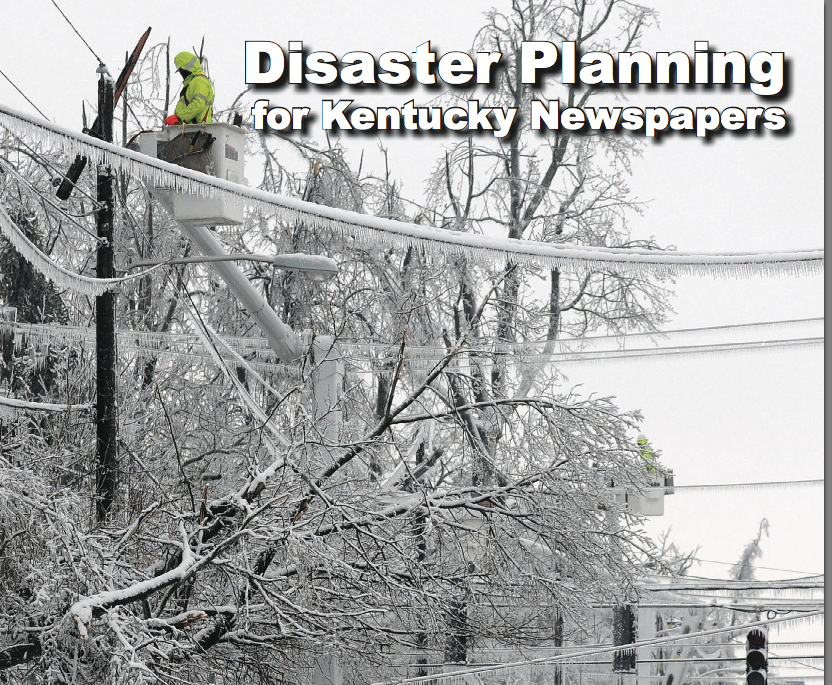 Photo by Clay Jackson, Danville Advocate Messenger showing the blizzard that hit the area in 2009.

The Newspaper Association Managers group often calls upon each other for help. And sometimes we answer the calls from those state press associations with ideas of our own.

I’m borrowing from the Oklahoma Press Association of many moons — storms and disasters —  ago to bring up some ideas for newspapers. Another segment of On Second Thought, courtesy of the Reynolds Journalism Institute, focuses on how newspapers can cover disasters. It’s a useful tool just in case such an unfortunate event hits the community.

But the flip side, that we sometimes overlook, is that newspapers need to be thinking about their own office, their own staff members, just in case a tornado or in the case of 2009, a major ice storm hits the area.

The Disaster Planning guide prepared by the Oklahoma Press Association, even if it is from 2006, is still applicable today. And there have been numerous personnel changes in newspapers in the last 13 years. So because of the tornadoes that have ravaged the southwest and midwest the last few days, hitting as close as Dayton, Ohio, it’s a good time to share with you a disaster planning guidelines for your own newspaper.

Go through the checklist, see what you have prepared and what you need to be preparing, just in case such an event does occur in your area.