From the Frankfort State-Journal:

Editor’s note: The 40th paragraph of this article was edited at 7 p.m. on May 14th, after editors’ review of a video recording, to more accurately describe a reporter’s exchange with the pastor. Video review of the exchange revealed that Pastor Philip Derber approached the reporter and pointed to her press pass but did not appear to touch it. The reporter was seated during the exchange and did not take a step back from the pastor. We apologize for the inaccurate description. 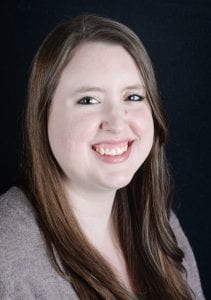 With a federal court order on its side, Faith Victory Church World Distribution Center opened its doors for a worship service Sunday morning.

But the House of the Lord wasn’t open to everyone.

Especially not to a “wolf in sheep’s clothing.”

On Sunday, I was denied entry to Faith Victory Church World Distribution Center. I wanted to attend the service to write a news piece on churches reopening in the time of coronavirus.

On Saturday, Beshear addressed the news by urging houses of worship not to rush to reopen until they could follow guidelines that include enforcing social distancing, cleaning all surfaces frequently ensuring everyone is wearing a face mask, especially while singing.

Watching Faith Victory’s diverse congregation filter in, I noticed no one was wearing a homemade cloth mask. And the parking lot was full.

The man at Faith Victory’s door told me the service was a “private event” after asking someone else to check for my name on a list.

My homemade cloth mask and I returned to my vehicle and drove around Frankfort for 40 minutes before returning to Faith Victory.

I was looking to see if another church would welcome me, but I did not find any open. Faith Victory might have been the only church in Frankfort on Sunday to hold an in-person service.

Parallel parked on East Broadway outside the church, I found the livestream of the service and waited for the songs of praise to end and the sermon to begin.

Senior Pastor Dr. Philip Derber told his congregation they were going to have church on Mother’s Day with or without a court order.

In March, Faith Victory held church services despite Beshear’s executive order banning mass gatherings. But after receiving a phone call from the Franklin County Health Department and speaking to a lawyer, Derber told The State Journal then that he would move services online.

From what I could see of the sanctuary, the room was full. No one was wearing homemade cloth masks. Social distancing was not being practiced. It appeared most, if not all, of the guidelines for holding church were not being followed.

Asking everyone to turn to Proverbs chapter 22, Derber said, “You don’t know how good it is to hear those pages turning.”

Sunday’s sermon focused a lot on the U.S. Constitution. How the liberties bestowed by God in the Constitution are under attack.

Derber spoke out against “anti-constitutionalists.”

He said when someone attacks the Constitution, they attack the church.

Derber spoke about how “anti-Constitutionalists” try to devalue the document by saying it was written by white male slave owners.

Derber said he didn’t care who wrote the Constitution since it is Bible-based.

To show how the Founding Fathers were influenced by the Bible, Derber spent more than an hour sharing quotes from the likes of Thomas Paine, Thomas Jefferson and Benjamin Franklin.

The quotes focused on liberty and going against a tyrannical government. He had at least three typed pages worth of quotes.

“I will never, ever close this church again,” Derber said. “I did it to protect y’all … What are they going to do? Throw me in jail? I’m a prison minister. I would have that whole cell block saved.”

The Thomas Paine quote — “When the government fears the people, it is liberty. When the people fear the government, it is tyranny” — makes Derber want to shoot his gun, he said, laughing.

Commenting on the state of the world, Derber said, “This is a dangerous place where we’re at.”

Derber provided commentary on each quote.

“You don’t vote for a baby killer!” he exclaimed while sharing how people need to be told how to vote.

“They knew about fake news back then!” he said after a Thomas Jefferson quote about newspapers.

As the sermon came to a close, Derber instructed his congregation not to speak to anyone who might be waiting outside to talk to them.

He told them he made the decision to make the service closed to everyone except church members because he didn’t want anyone coming in and taking pictures.

“I know we’re not going to let wolves in sheeps’ clothing come in here,” Derber said. “We had an attempt a while ago.”

Derber told his congregation to tell anyone waiting to speak to them outside to talk to him.

After laying his hands on each parishioner to anoint them, Derber asked how many “snitches” are outside. They told him one.

As I listened to Derber call me a snitch, I sat on the sidewalk steps with my phone and notepad in my lap ready to speak to him as soon as the 3½-hour service ended.

He once again reminded everyone not to speak to me.

Only two people spoke to me when I tried to talk to them. One said she didn’t want to be rude, but the pastor would talk to me.

Tom Dupree said it felt good to be back in church.

After asking to speak to Derber twice, he came outside with two other men in tow. One was carrying a camera. It was obvious he was filming me.

“What is your name?” Derber asked.

As I replied, he asked me who I was with while pointing to the press pass hanging around my neck.

Derber told me he would not speak with me and if I wanted to talk to him I needed to schedule an appointment with his secretary for Thursday.

“I ain’t got time for this right now,” he said.

As he turned around to walk back into the church, I reminded Derber of what he said during his sermon about being willing to talk to me after the service.

“Did you hear what I just said?” Derber asked. “You’re The State Journal. Make an appointment with my secretary. I take appointments on Thursday. I’d be happy to talk with you then.”

Faith Victory’s next service is Tuesday at 7 p.m. The sermon will be on propaganda.

Sunday’s attendance rules might apply to Tuesday’s service since Derber said during his Sunday sermon the church wouldn’t reopen to the public for several weeks.