Word to the wise about Internet art: It ain’t free

One of the nice things about having good friends and colleagues among the state press association executive directors is that from time to time, we can “borrow” their bulletin material and re-publish it in our own. As long as we give them credit. Bill Rogers is a long-time friend and colleague and had a good column this week in the South Carolina Press bulletin. So I’m picking it up and passing along for your information. 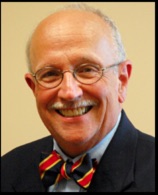 Bill Rogers (I’m using his picture because I think it’s a copyright-free image.)

I talked to a weekly publisher last week about a bug.
A mosquito to be exact.  His newspaper ran a picture of one that was likely picked up from the internet four years ago and ran with a DHEC story about mosquitos.
Out of the blue this month, a lawyer contacted him demanding $1,000 for the use of a copyrighted photo they found on his website and contended it is a copyrighted image by one of his clients.
What do you do?
First, negotiate.  The law firm was willing to cut the fee by more than half.
Second, stop using internet art if you don’t have permission to do so.
These lawyers have set up a cottage industry shaking down newspapers and other media outlets for copyright violations.
They demand a small enough amount that it is not worth the paper fighting them in court.
You would spend many times over the $1,000 demanded if you had to hire a lawyer. And you would likely lose.
So talk to your staff.  Tell them not to Google a topic and then pick up a photo to use.
Some years ago, a publisher was threatened suit over using a Mark Twain quote in an ad.
Another publisher got a photo of a band from the local chamber and ran it.  The chamber didn’t own the copyright to the photo and they also were shaken down from several hundred dollars by the band.
It is very easy these days to spot violations using Google Images.
Make sure you use copyright free images. If in doubt, contact the KPA Freedom of Information Hotline at 502-416-1630 — Jon Fleischaker, Michael Abate, Casey Hinkle, Heather Harrell, Andrea Aikin.