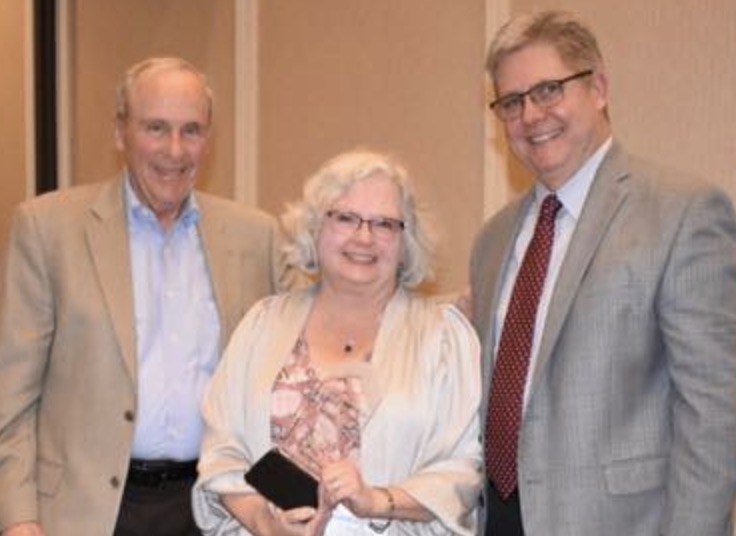 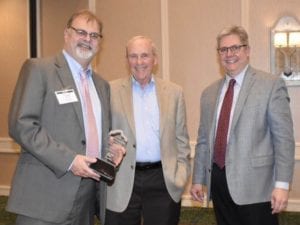 The Jon Fleischaker Freedom of Information Award in the daily division went to Deborah Yetter of the Louisville Courier-Journal, who was unable to attend. Accepting for her is CJ reporter Joseph Gerth, left, with Jon Fleischaker and Adam Yeomans, South Region Director of the Associated Press.